This site is NOT intended to and does NOT provide crisis intervention. If you are in a crisis, or have concerns about someone,
call the National Hopeline Network at 1.800.SUICIDE (784-2433) 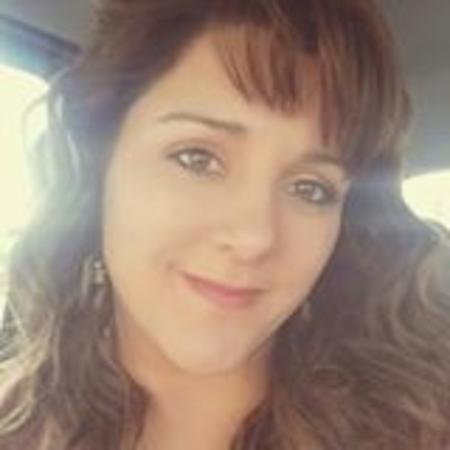 In honor of the BEST sister in the world! 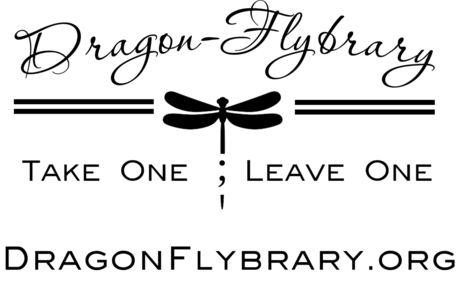 Melanie was a mother, wife, child, sister, aunt, niece & friend. For me she was not only my sister, but my best friend. She's the one who I looked up to all my life. Like seriously, I wanted to be just like her all the way to the aqua net helmet hair and GIANT bangs, wearing multiple color coordinating scrunchy socks, & falling in love with NKOTB. Did I tell you she was my best friend? lol. Things weren't always peaches and cream for us. Like all sisters we had our ups and downs. Particularly the part between Y2k and 2010. While I was "finding my way" she was focused on her family and career. She was a 911 dispatcher then she worked for Homeland Security, and at the end of her short life she worked dispatch for the Sheriff’s office where she lived. She was someone anyone would want to be like she was kind, caring, and understanding. Always good for a laugh, very responsible, but did have a wild side if the moment was right! Only a few people would have been so lucky to be around her when she was ready to let loose. That's one thing I always admired about her. She had her life in line, but still knew how to have a good time. She was the BEST baker and an okay cook ;) She loved to fish, hunt and be in the outdoors. An Idaho girl, through and through. In 2010 I was lucky enough to have the honor of being pregnant at the same time as my big sister. We had babies within months of each other it was a really special moment in time. Over the next 5 years, until her passing, although miles apart, we were inseparable - texting, calling, posting all the time. She knew all my biggest secrets and I believe I knew hers.

Over all the years she was alive she always had some heath issue going on. It was really tough on her to always be in pain. Through it all she always maintained a good job, a happy family, and was always going out of her way to do something kind for others. In April of 2015 Melanie had to have a hysterectomy for some complications and pain she was suffering through for years before. I drove 5 hours to be there with her through the surgery along with her loving husband. Hopes were high that this was the last thing she would have to do to be in good health again. Unfortunately, that was far from the truth. Melanie had been prescribed a multitude of prescription medication to help with hormones, and possible depression that could set in after receiving a hysterectomy. Seriously, this girl practically had her own pharmacy. I was astonished with the amount of medicine they had her on. I asked her "what’s all this for?" she replied with a simple trusting "just what my doctors want me to take". I knew it wasn't right and I voiced my opinion, but she, like the good nature person she was, believed in her doctors, and believed it was going to help her through. In late May, Melanie called me and said she was headed to a mental health clinic to check herself in. She told me she recently had put a gun to her head. I could not conceive of this. I thought to myself “Why would you ever put a gun to your head? Were you just waiting there, hoping that someone would find you and you'd get the attention you were seeking?” I know that sounds harsh but over all the years of our lives there was always something going on with this girl. As close as we were and as much as I loved my sister, I didn't take her seriously at that time. I thought your being a hypochondriac!  I thought, now that there aren't any more medical issues, you've come up with this a mental health issue to use to get the love and attention you seek. I told her that it’s probably all that medication they have you on! I even advised her to not act too crazy cause they won't let you out.  How could I have ever been so wrong? Melanie was in that mental health clinic for approximately ten days. During those days, I never called or texted her mainly because I figured they had taken her cell phone. After her release, she called me and told me that the doctors had taken some medication away and put her on different medication and she was feeling much better. I was happy that they let her go home and she seemed to be feeling much more optimistic. We talked about planning to take the kids to Disneyland for their 5th birthdays and she seemed excited and happy. I thought the worst was behind us. A couple of days later, Melanie took her own life.

June 13th, 2015 along side of my best friend Samantha, we were competing in the Spartan Race. For those of you who do not know what this race is. Well it’s hell in the desert. We hiked up mountains that dirt bikes have trouble getting up! (multiple times) and I did this all with a broken toe. To say the least, I was struggling. Every time I would make it to the top of a mountain there would be this Dragonfly that would bother me and being the girly girl that I am I was ducking and dodging it! I was like ‘what is a Dragonfly doing in the desert anyways?!?’ Anyhow, long story short we completed the race! It was the toughest thing I had ever done and I was beyond proud of myself for not giving up. The extreme high I was experiencing cannot be put into words. It was an amazing feeling! In the car on the way home I had received multiple missed calls. I started returning calls, starting with my boyfriend. He asked if I was driving. I was. Samantha and I were on the freeway. He asked for me to pull over and let Samantha drive because he had something to tell me. I did. Once in the passenger seat, I said “tell me what’s going on.” He said Merr... it’s your sister. She's not okay. I said” what do you mean she’s not okay?” He said she's just not. I screamed TELL ME! He said she shot herself in the head and she was on life-flight. I said “so she's going to be okay? Right?” He said “no Merr, Merr she’s gone.” I screamed “what do you mean gone!?!” He said “Merr, baby she’s dead.” I screamed. I screamed a scream I've never screamed before. From Samantha's account she said weeks later, “I heard your heart breaking through the bellows of your screams.” I know this was true. My heart is broken. It’s broken in a way that can never be repaired. I told myself that day something good has got to come of this. I told myself that I would not let this take me back to the dark place my life once was before 2010. I told my Mom at her funeral not to worry about me, that I was strong & resilient and I would be okay. It’s said in Indian culture that Dragonflies are the embodiment of spirits that have already gone on. Thinking back to that day during the hellish Spartan Race the dragonfly that was "bothering me" was just a sign from my sister. About a month after Melanie's passing I was sitting on my back porch with my feet on my boyfriends chair and his on mine and I was crying and I said to him "I just want to see another Dragonfly" within seconds, one flew between him and I. If you know me, you know I live in the city no place a Dragonfly to be just flying around. At that moment I knew my sister was still with me, to guide me and be my angel like she always had been my entire life. That's when I was ready to take action and got back to my first initial thought, something good has got to come of this.

I started DragonFlybrary Summer of 2015 to honor my sister. The link between DragonFlybrary and bringing awareness to suicide prevention is just this. Quote from the Semicolon Project: A semicolon is used when an author could’ve chosen to end their sentence, but chose not to. The author is you, and the sentence is your life. DragonFlybrary's contain books written by who? Authors. My hope is to put a DragonFlybrary in as many neighborhoods as possible. DragonFlybrary's are full of good reads, but also have literature for anyone who may be struggling and this website for links to get help and support. DragonFlybrarys are hope. If we can save even one life then all the hard work is worth it.

I've told you this story, the WHOLE story. Even the parts that are hard for me to admit to because of the guilt residing inside of me. I've told you this because it's important. It's important to know that mental health issues don't just affect one class of people. That mental illness has no boundaries. Mental health issues are in our lives and as much as people would like to tuck it under the rug, it's here, and the struggle is REAL. We, as a society, need to take it more serious and remove the stigma that is poor mental health. We need to have an open dialog with our families, friends, and neighbors. People need to know they are not alone. The DragonFlybrary community is support. Life is a one lap race. No one should feel so down, to cut it short. Melanie would always say "I love you a million" so let’s come together in her memory and spread the love. 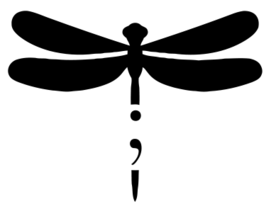